The morning began with mist and fog but the forecast was for sunshine, so I headed off to Oxford Island on Lough Neagh where I was to meet up with some members of my local wildlife group. 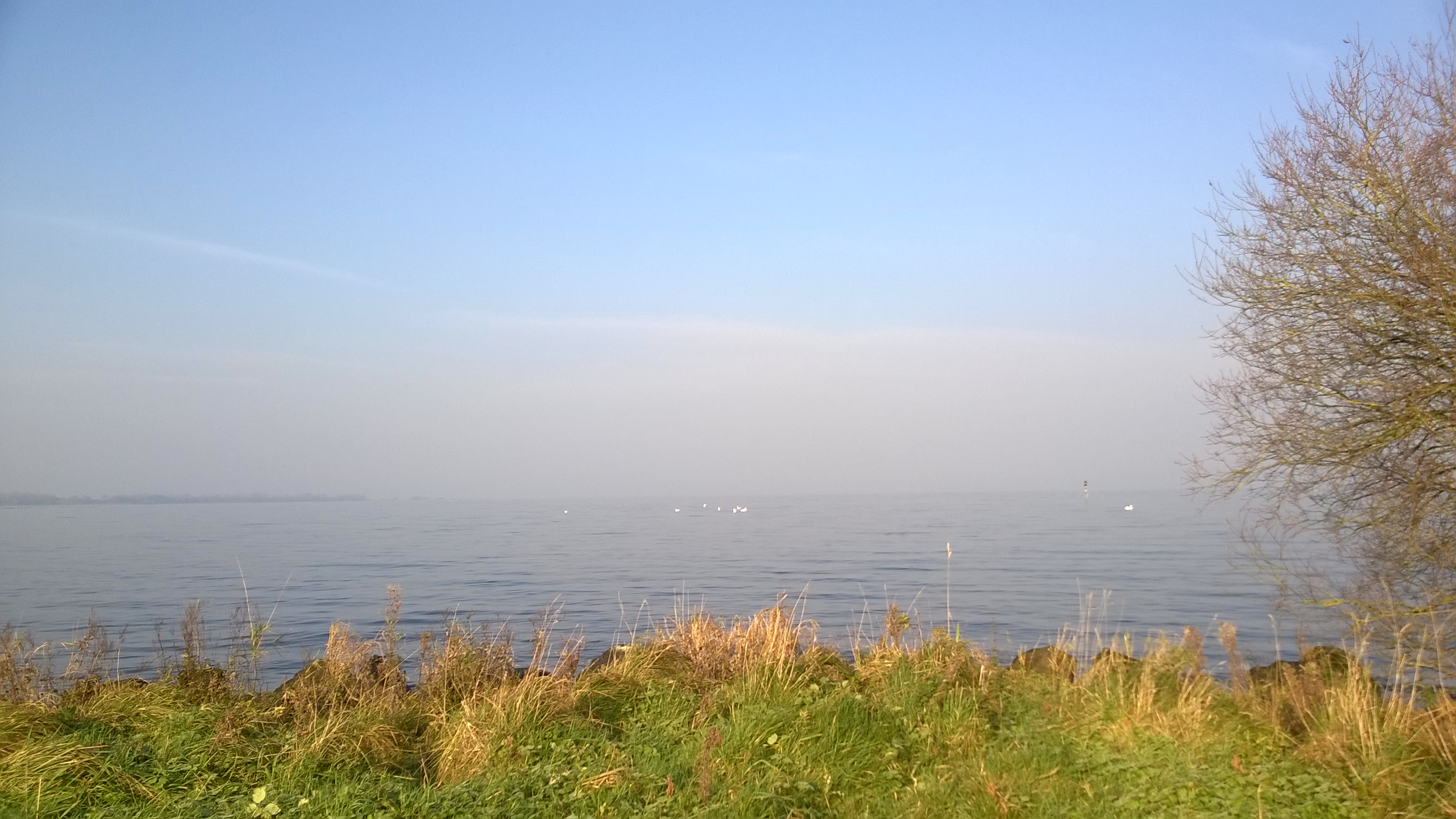 Underfoot the ground was very wet but being properly outdoors for the first time in weeks was a joy. In all there were seven of us and we easily maintained two metres distance between each other.

Some miles away we could hear the pop-pop of guns firing off; wildfowlers! As a result there weren’t too many bird species to be spotted. Even so, the fresh air and the sunshine obviously saw everyone in good spirits. With very little wind and the calm waters of the lough, the visual environment was one to capture and store in my mind.

A small group of Mute Swans were feeding just off shore and as I chatted to a colleague, what we believed to be an Egret flew passed us, unfortunately it disappeared behind some trees before either of us could get our binoculars or cameras out! Isn’t that always the way! Suffice to say that a Great White Egret was spotted later and identified by others not so far away. 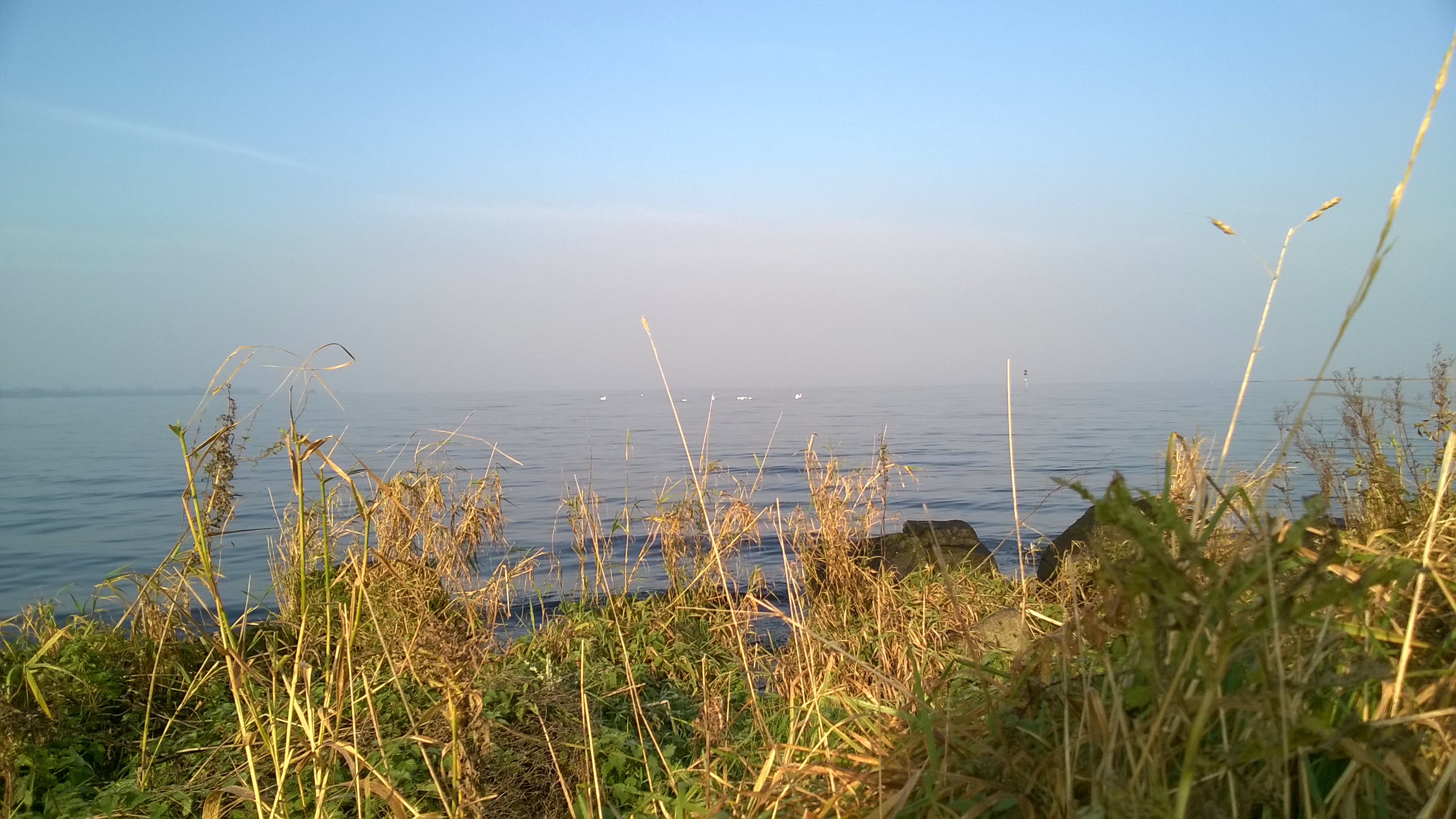 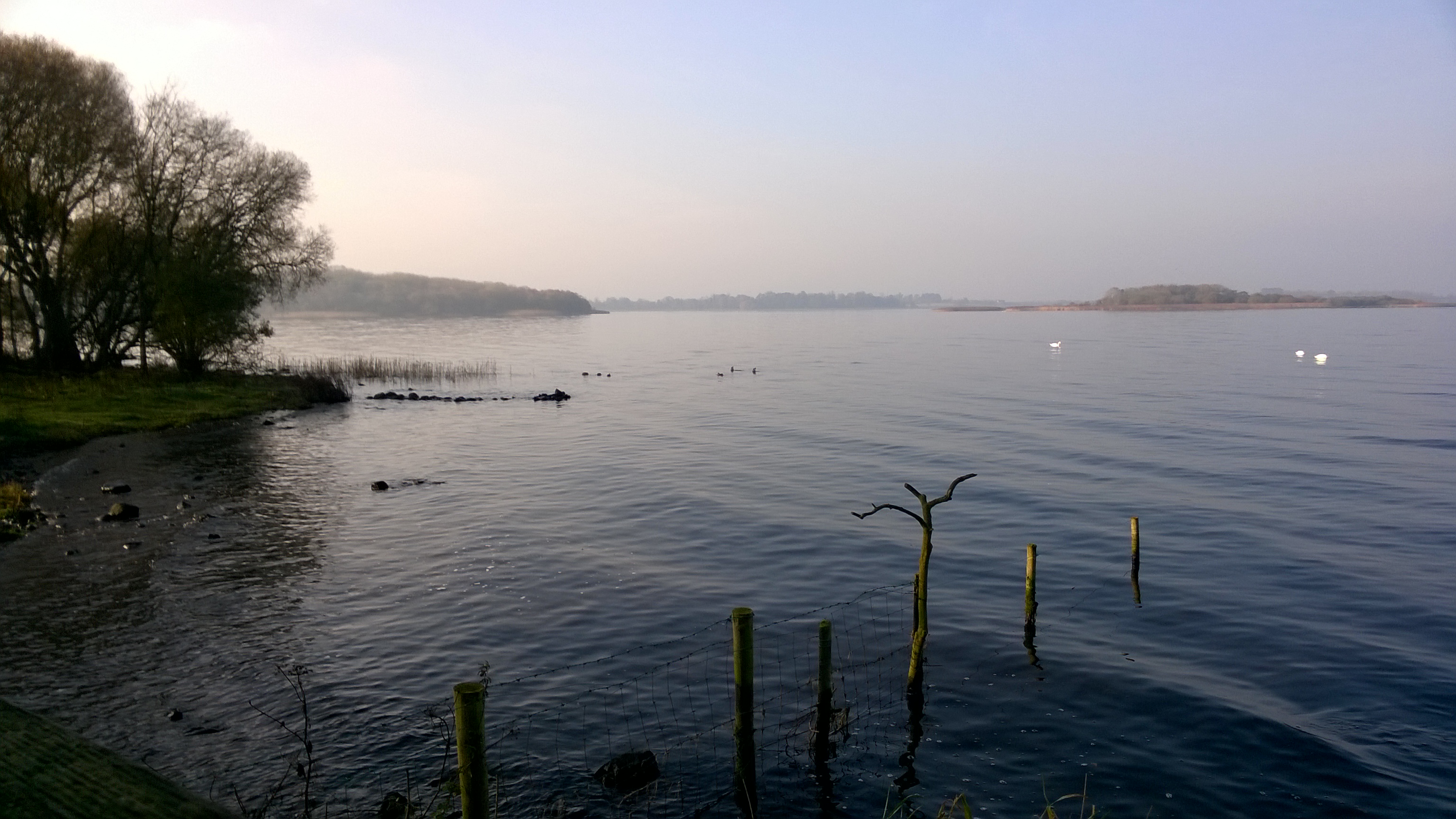 Before we left this part of the shore I spotted some wild swimmers; they seemed very happy to be in the water as there was lots of bubbly chatter! 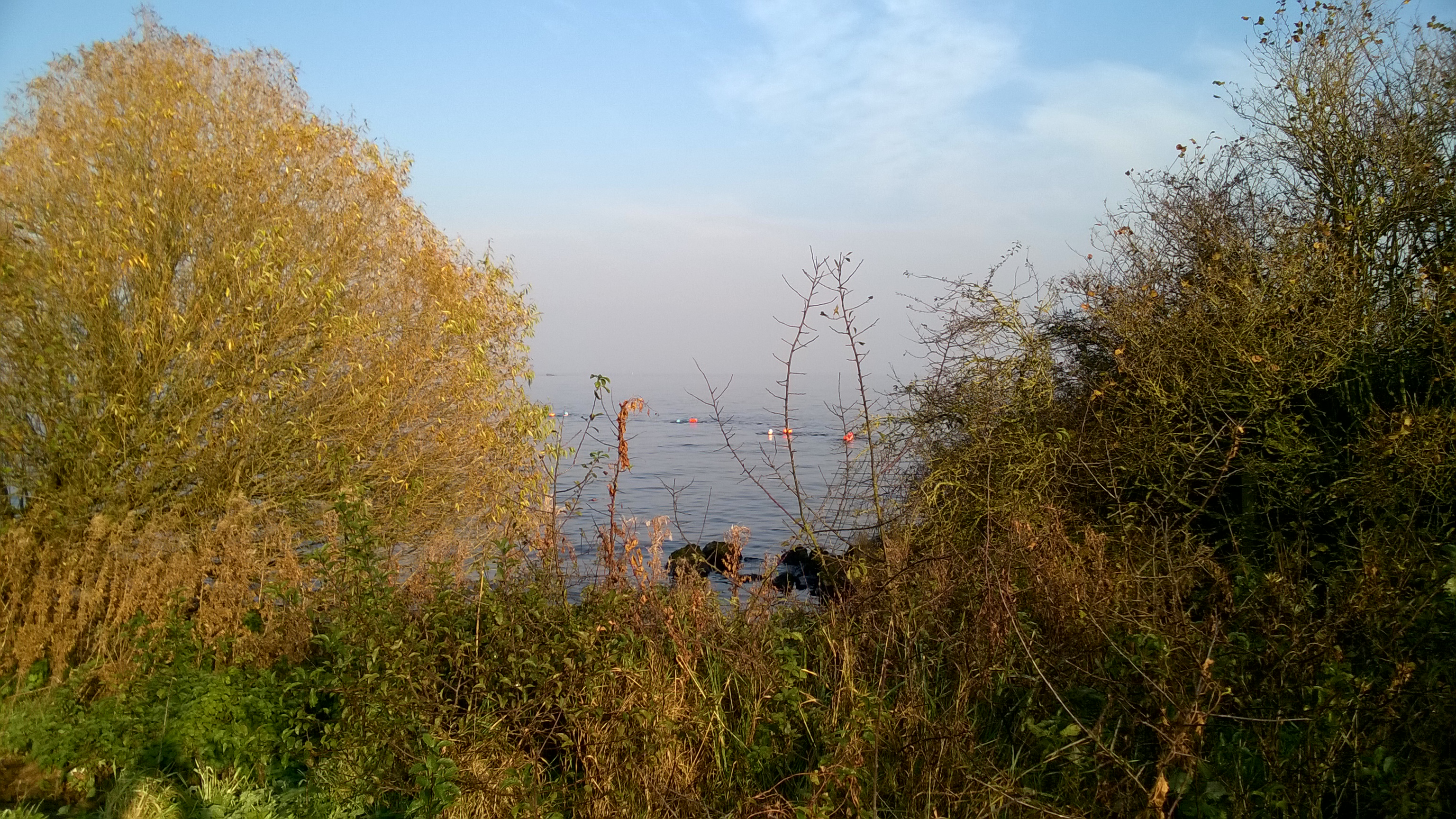 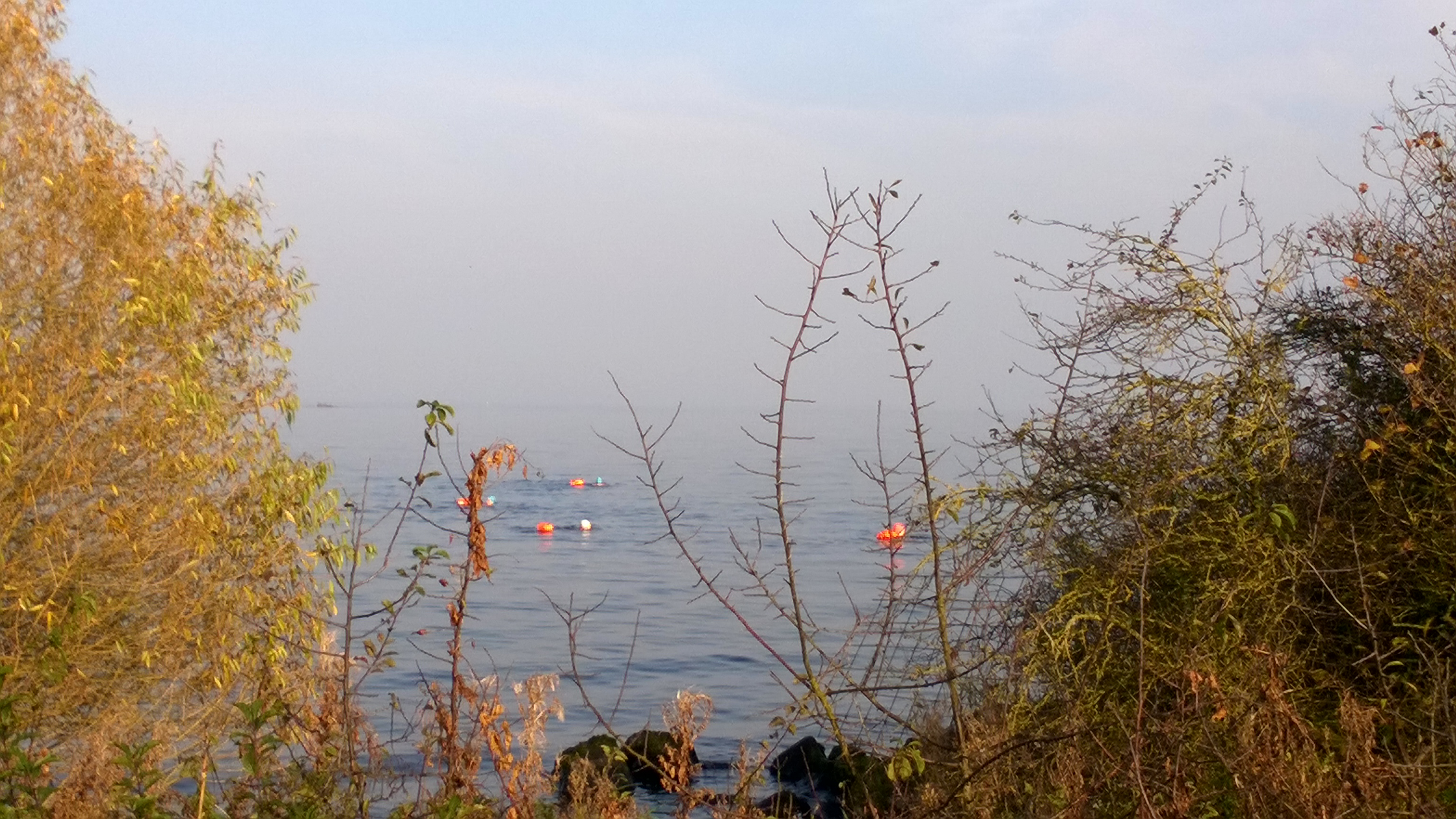 Surely the water was bitterly cold! However, I did read recently that regular cold water swimming is a very healthy activity! Anyone for a cold shower? Brrr! 🙂